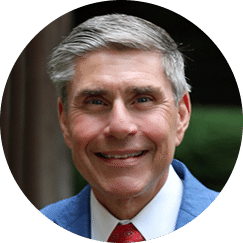 Dr. Cooley is a founding member of Digestive Health Associates of Texas. He has been in private practice in the Plano since 1988, and is proud to have raised his three beautiful daughters here.

Dr. Cooley is one of the most caring doctors you’ll ever come across. With a calm and informative demeanor, he helped guide me through a 3-month hospital stay for GI issues. Even though he was on a team of doctors caring for me, there were times he would come in on his day off just to check on me. DHAT is a great place with many fantastic doctors, but Dr. Cooley is right at the top.

I have been having some stomach issues for a while now and finally went to see Dr. Brian Cooley. He was very knowledgeable and friendly. He definitely took the time to explain what was going on, the tests he was going to do, and next steps. I ended up having to get a colonoscopy, which wasn’t awesome but not too bad. I am very glad I went to see Dr. Cooley and will definitely continue to see him. If you are having GI problems, I would definitely recommend to my family and friends.

Professional, exceptional knowledge base, explains procedure in a way for patient to fully understand and put patient at ease. Excellent and comforting staff as well.

Disclaimer: This website is owned and managed by Brian Cooley, MD. Any information, offers or instruction as written, inferred or implied is the sole responsibility of Brian Cooley, MD and does not warrant claim or representation, inherent, or implied of DHAT, its subsidiaries or employees.